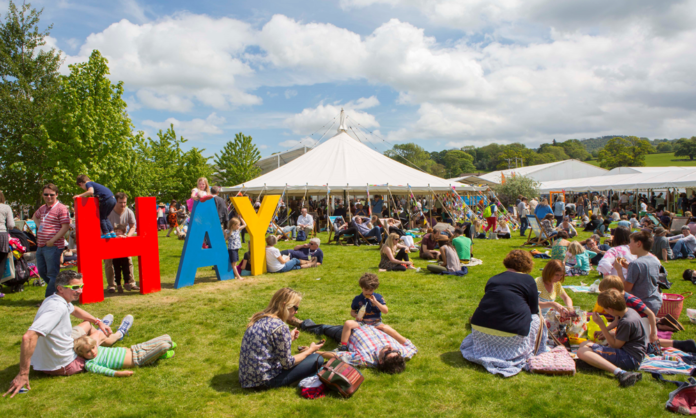 Situated within the mesmerizing Brecon Beacons National Park in Wales, Hay-on-Wye may seem like a captivating small town but there is definitely more than meets the eye.

The Hay-on-Wye festival (or simply, Hay) is a celebration of literature, arts, and intellectual prowess. It all began in the 1960s when a bookseller erected a shop in Hay’s dilapidated fire station. It became a hit so like-minded businessmen followed suit, easily transforming the small town of Hay into a bibliophile heaven.

The first Hay Festivals were conducted each summer, in small tents just outside the town. Now, it has blossomed to a cross-medium festival, encompassing art exhibits, film previews, and musical performances.

The organizers of the Hay Festival take pride in their unique brand of engaging people in intellectual discourse. They believed that people are more conscientious about social issues when they’re having fun.

A post shared by LaurenTaylorIllustration (@laurentaylorillustration1) on Jun 5, 2017 at 1:50pm PDT