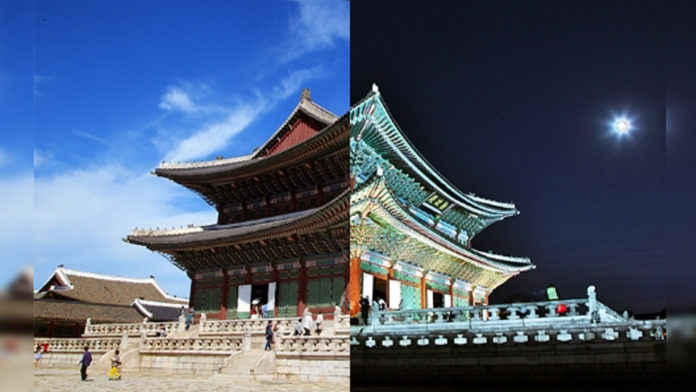 Summer in South Korea starts around June and lasts until August. Visiting Korea during this season is not generally recommended due to the very hot, humid and rainy weather. Temperatures can get as high as 38 C (100 F) with 90% humidity. Also, heavy rainfalls usually occur during the latter summer months due to monsoon season.

If you booked yourself a trip to South Korea for the summer though, worry not because there are plenty of activities designed to combat the summer heat. There are also interesting and popular festivals that are held from June to August. Check out our list of activities that you can do during summer in South Korea.

Naengmyeon is cold noodles, usually buckwheat, served in either chilled beef broth or chilled broth from Korean radish water kimchi. Traditionally, naengmyeon is a seasonal winter food, but it’s getting more popular as a refreshing summer dish. To suit your palate, there are two types of naengmyeon to choose from. One is the traditional Pyeongyang naengmyeon or mul naengmyeon, which has a mild taste and is served with a chilled broth. The second one is Hamheung naengmyeon, which is served with spicy red chili peppers and is usually dry.

Naengmyeon is widely available in markets, noodle restaurants and naengmyeon restaurants all over South Korea. Just look for this sign 냉면, which means “naengmyeon.”

Bingsu is Korea’s version of sherbet. It is a sweet shaved ice treat usually topped with red bean porridge, fruits, jellies and even candies and chocolates. Called patbingsu, the original and more popular bingsu is topped with classic sweetened red bean porridge and flavored with condensed milk with nuts or rice cake pieces on top.

Bingsu is a popular summer snack or dessert during Korea’s hot summer months. Similar to naengmyeon, it’s also widely available in markets, snack shops, and as dessert in many restaurants.

Boryeong Mud Festival is an annual festival hosted by the City of Boryeong in Chungcheongnam-do, which is located two hours south of Seoul. For around two weeks, you can experience mud sliding, mud wrestling, mud baths, and everything muddy in the mud flats near Daecheon beach. Used to make cosmetics, Boryeong mud is popular for its minerals and its healthy effects for the skin.

Other available activities during the festival include ziplining, enjoying the Daecheon beach and beach partying with K-pop groups at night.

Pentaport Rock Festival is an annual rock festival hosted and sponsored by the Incheon Metropolitan City. It’s one of the biggest live music events held in Korea. It’s a three-day event on early August that also features overseas rock bands aside from popular domestic and indie bands and artists. Some artists that have graced the event previously include Walk The Moon, Hoobastank, DNCE, 5 Seconds of Summer, Hyukoh, Zion T., Panic! At The Disco, Dua Lipa among several others. Another good thing is that the festival is not exclusive to the rock genre. They also provide stages for electronic music, folk, dance, hip-hop and pop.

One probable reason you’ve decided to visit South Korea is because you’re a fan of K-pop or Korean shows. Located in Insa-dong, Running Man Thematic Experience Center is based on the globally popular variety show Running Man. It’s similar to an arcade where you play games, but there is an overall mission to collect as much stickers as possible from every game in order to win prizes at the end.

If you’re not familiar with Running Man at all, the Experience Center is still worth a try because it’s indoors, it’s fun, family-friendly and tourist-friendly. Signages and instructions are available in Korean, Chinese and English.

Summer is incomplete if you don’t play in the water. That’s why we recommend visiting Carribean Bay, the world’s largest indoor and outdoor water park that covers 202 sq km. It offers several facilities for the young and for the young at heart. These include indoor and outdoor, big and small water slides, wave pools, diving pools and a wild river. Saunas and spas for those who want to relax are also available.

With Parasite winning the top prize in the Cannes Film Festival, South Korea has proven once again that it is a big player in the world’s film industry. What the world doesn’t know however is that most Korean actors started as theater actors in plays and musicals. Take a chance to watch a performance in a Korean theater this summer. With non-verbal performances, you don’t have to worry about the language barrier. Some performances are original creations while some are recreations of classic Western literature such as Romeo and Juliet. You can check out more details of available performances in the Korean Tourism Organization website.