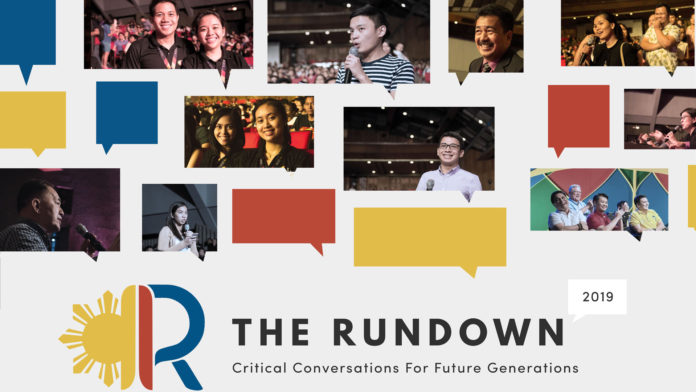 With the 2019 senatorial elections coming up, there is much to say about the list of candidates and their qualifications. Above all, the bigger concern are the issues that voters want their would-be senators to address.

The youth play an integral part in voting for the next representatives of the country. Being a significant number in the voting population, they need an avenue where they can voice out their thoughts and be comprehensively informed about the next set of national leaders. The Rundown 2019 will ensure that these voters will vote critically and responsibly. Hosted by the UP Economics Society, the conference will take place at the GT Toyota Asian Center on February 28, 2019.

The main agenda of the event is to provide an interactive platform for the senatoriables to engage in discourse with the younger voting population. They will also have the chance to interact with their fellow candidates through a speech, a panel discussion, a debate and an open forum. The overall goal is to reach out to the growing population of youth voters and aid them to make educated votes come the time of the elections.

The flow of debate will also be handled by very prominent speakers, with the panel consisting of Athena Presto, Rodne Galicha, and Richard Heydarian.

The event is anticipating an audience of at least 400 to 500 including students from other universities as well as media coverage from different media outlets including PageOne Media as the official online media partner.