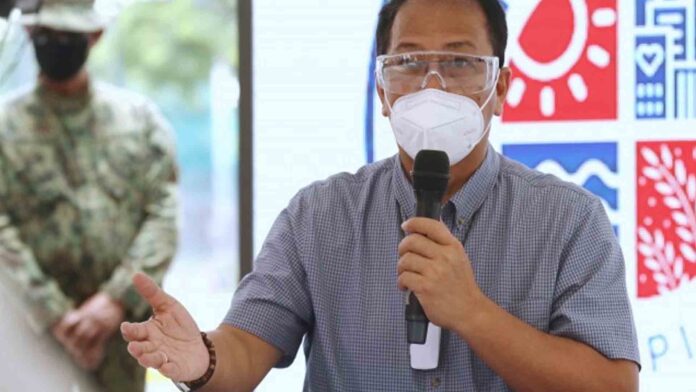 The second phase of the government’s national action plan (NAP) against the coronavirus disease (Covid-19) pandemic seeks to ensure smooth crisis response from the national down to the local level and does not interfere with the efforts of local government units (LGUs), Secretary Carlito Galvez Jr. said Tuesday.

Galvez, who is National Action Plan (NAP) on Covid-19 chief implementer, was reacting to a resolution filed by Senator Risa Hontiveros seeking a Senate inquiry about President Rodrigo Duterte’s designation of Cabinet secretaries to every LGU where there is high number of Covid-19 cases.

Hontiveros, a known critic of the Duterte administration, said she wants to know the logic behind the assignment of the National Task Force (NTF) against Covid-19 and the Inter-Agency Task Force for the Management of Emerging Infectious Diseases (IATF-EID) officials, to supervise the LGUs’ Covid-19 response, branding the move as “toxic micromanagement.”

He added that data collection is beneficial in the government’s decision-making to form a concrete plan and to address the gaps between national and local policies on the health crisis.

“Maganda po kasi kapag once na iyong ating concept at ating plano ay naibaba po at na-implement po hanggang sa barangay ay doon po natin makikita iyong tinatawag na magandang patutunguhan (It is good because once our concept and our plan are implemented in the lower level going to the barangay, then we will see that this will lead to a good result),” he added, citing that the same situation was done in Cebu City.

The objective of assigning officials on the ground, he said, is to provide the needs of the localities based on the monitored crisis situations.

Based on IATF Resolution No. 62 issued last August 12, at least 27 Cabinet officials are assigned in the 16 cities and one municipality in Metro Manila, Bulacan, Cavite, Laguna, and Rizal “to further operationalize the national government-enabled, local government-led, and people-centered response against Covid-19.”

It also stated that IATF members are assigned “to provide stronger support to local government units with areas identified with high community transmission, in as much as to strictly monitor health system performance, critical care capacity, and stringent compliance to surveillance, isolation and treatment protocols.” (PNA)