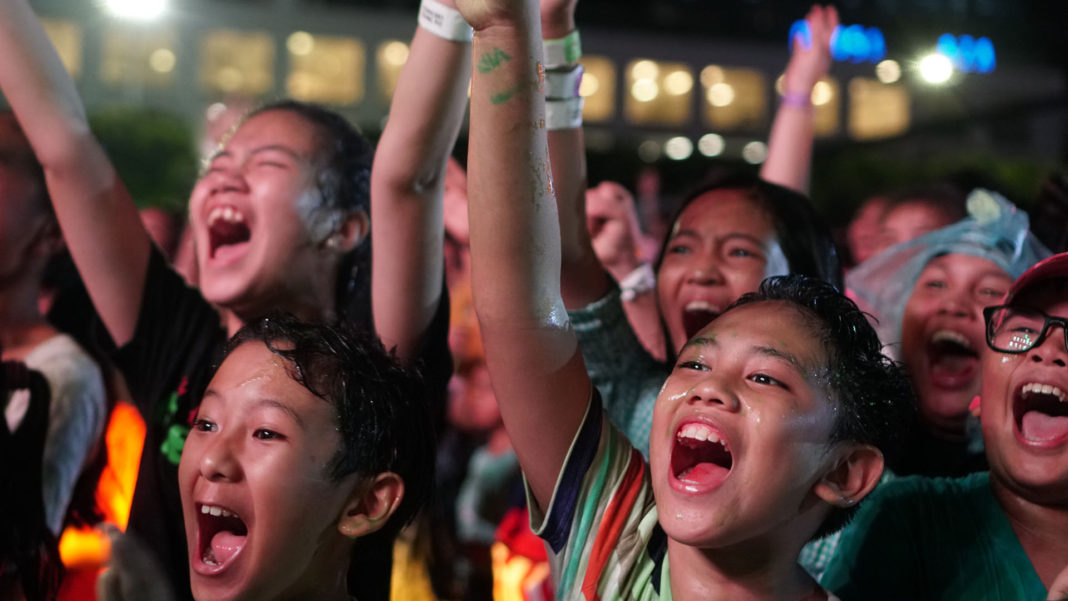 Nickelodeon fills the Mall of Asia Concert Grounds in Manila with its iconic green slime as it holds the one-of-a-kind SlimeFest in Asia for the first time. The slime-filled music and entertainment festival is going all out in giving its fans of all ages the biggest slime party in town with a live concert featuring up-and-coming international and local artists.

Leading SlimeFest’s roster of talents is Thai German singer-songwriter and actress Jannine Weigel. Known for her YouTube channel, Weigel is the first Thai to receive a Gold Play Button from the video-sharing website for reaching 1 million subscribers after posting viral song covers like Charlie Puth’s See You Again, Passenger’s Let Her Go, and Sia’s Elastic Heart. From doing covers, Weigel has moved on to recording her own songs in Thai and other languages. She released her first single Chak Din Chak Ngo in 2015.

Joining the slimetastic music fest is another singer-songwriter Kira Kosarin. She made her television debut at age 14. In 2013, her big break came when she was cast as Phoebe Thunderman, one of the superhero twins, in Nick’s The Thundermans. After the series wrapped up in 2017, Kosarin focused on her singing career by posting her songs on YouTube. Since then, Kosarin has written three albums including singles like Spy, Vinyl, and Take This Outside.

Nick, has also brought in rising pop singer Carlie Hanson at the slime-packed festival. A former fast food chain cashier in Wisconsin, Hanson’s career kicked off when she posted a cover of Zayn Malik’s Pillowtalk to join an Instagram contest to watch his concert in 2016. She then caught the attention of music producers and gained more YouTube followers. Hanson started releasing her own songs including Only One in 2017. Her first EP titled Junk came out last June, which includes WYA. Taylor Swift showed her support for Hanson when she added her singles to her Apple Music playlist.

Manila’s SlimeFest is a full-day event that’s perfect for all ages with a free admission festival area from 11 AM to 5PM. The area features unique and engaging experiences for the whole family, where they can meet and take photos with their favorite Nickelodeon characters like SpongeBob SquarePants, Rise of the Teenage Mutant Ninja Turtles, PAW Patrol, and Dora the Explorer.

Since its inception in 2012 in Australia, Nickelodeon’s signature family-friendly slime event has been a global success with sold out shows in United States, South Africa, Italy, United Kingdom, and Spain.