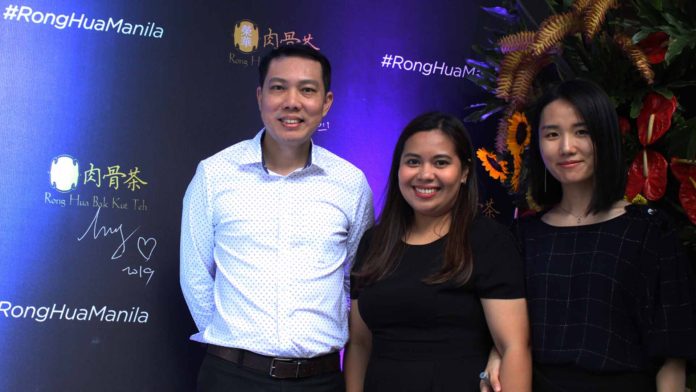 Heads up, foodies! One of Singapore’s oldest and most famous restaurants just opened in Manila. Rong Hua Bak Kut Teh, known for its signature pork ribs soup recipe, has opened its first branch in McKinley West Park, the first of up to five branches that the restaurant plans to open in the metro.

“We’re really excited to indulge Filipinos’ great love for good food as we open our first branch here in Manila,” said Silver Lush Food Corporation President, Joyce Balbuena. “We go beyond providing a feast of flavors to put importance to the health benefits that our customers can receive. Our signature recipe, for example, is known for offering benefits such as replenished calcium, improved eyesight, and enhanced immunity.”

Bak Kut Teh, a famous morning meal, literally means “meat bone tea.” Its basic recipe includes meaty pork ribs simmered for hours in a complex broth of herbs and spices, including star anise, cinnamon, cloves, dang gui, fennel seeds, coriander and garlic. The dish’s heritage goes all the way back to the 19th century when Chinese immigrants in Singapore and Malaya developed this recipe for their daily dose of energy boost.

Ah Hua worked as a manual laborer who unloaded sacks of rice. By consuming Bak Kut Teh, he discovered that he found a much-needed energy boost for his exhausting job. His interest in the dish inspired him to become a kitchen apprentice at a well-known Bak Kut Teh stall owned by a village elder Uncle Rong.

Under Uncle Rong, Ah Hua mastered the art of cooking Bak Kut Teh. Both master and apprentice later created their own unique blend of the pork ribs’ soup recipe, which now carries their names. Before Uncle Rong passed away, he named Ah Hua as his personal successor.

Rong Hua Bak Kut Teh in the Philippines is under Silverlush Food Corp.