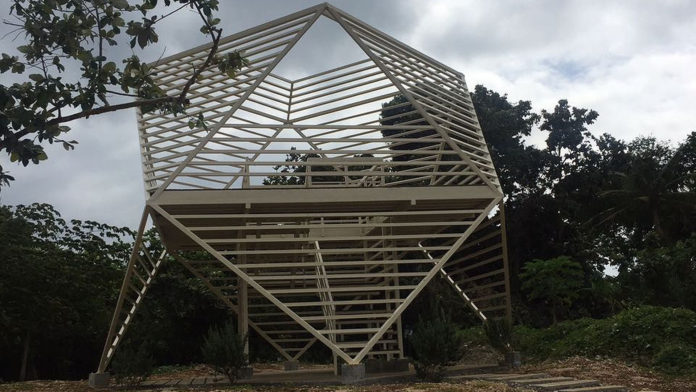 The Energy Development Corporation (EDC) is investing Php 10 million for its rehabilitation efforts in its adopted wetland in Boracay island. Its adopted 7.79-hectare Wetland No. 2 is one of the nine wetlands in the island identified by the DENR where environmental rehabilitation is needed. Just southwest of Diniwid beach, it is a brackish water swamp that has been turned into a construction dump over the years.

EDC is developing Wetland No. 2 into the Boracay Wetland Conservation Park (BWCP) to serve as an arboretum for threatened native tree species under the BINHI reforestation and greening initiative. The project was inaugurated last October 2018, coinciding with the island’s reopening.

In support of the government’s continuous rehabilitation efforts as well as to further stimulate eco-tourism, EDC has entered into a partnership with the Department of Environment and Natural Resources (DENR) to bring the geothermal energy leader’s flagship environmental program BINHI to Boracay.

“Under our memorandum of agreement with the DENR, the BWCP is a three-year project,” shares Atty. Allan V. Barcena, EDC Corporate Social Responsibility Head. “We plan to invest Php 10 million during this period. Aside from the walkway and view deck, a visitor information center and other visitor amenities will be built here in the future.”

EDC is the largest diversified renewable energy firm in the country, with installed total capacity of 1,456.8 MW of purely renewable energy. BINHI is the company’s forest restoration program that prioritizes the propagation of 96 identified rare and threatened native tree species.

After thorough assessment of endemic flora and fauna in the location, EDC has planted the appropriate native tree species that will thrive in a wetland environment and that can support marine and land animals already existing in the area. BWCP is rich in rare plants, including threatened species like Sander’s Alocasia, Narra, Ipil, Kubi, Antipolo, Isis, Sakat, Balakat, and Bakauan Dagat.

EDC’s partnership with DENR is a continuing initiative that goes beyond just rehabilitating the wetland and planting more trees in the area. At present, visitors can also commune with nature from the scenic view deck and delight in observing local and migratory birds.

A decade of BINHI

BWCP as part of EDC’s BINHI program expands EDC’s advocacy and mission to restore denuded forests, preserve and propagate threatened native tree species, and protect biodiversity to leave a legacy of a verdant Philippines for the next generation.

Now on its 10 year, the BINHI program has reforested 9,196 hectares across EDC’s geothermal sites located in Leyte, Bicol, Negros Oriental and North Cotabato. Additionally, to help further propagate these native tree species, BINHI now has 162 partners across 16 regions in the country.

As of 2018, BINHI has effectively helped EDC attain a carbon negative status. In its sustainability report, EDC’s geothermal reservations have effectively absorbed 970,472 tons of carbon dioxide.

With BWCP and BINHI, Boracay island can look forward to a future where not only its clean waters & white sands showcase environmental sustainability, but also its very own native tree arboretum that the local community can truly be proud of.