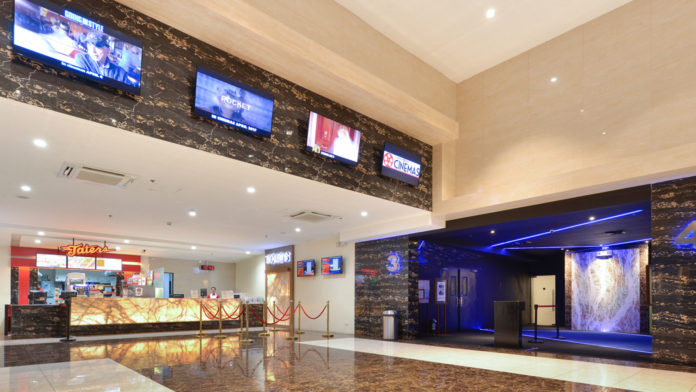 Star Wars: The Rise of Skywalker will once again hit the silver screens of the Commercenter Alabang cinemas starting January 08, allowing southerners to catch the much-awaited end of the Star Wars sequel trilogy.

The saga ender was initially shown in cinemas last December 20 up until December 22. Commercenter Alabang was in fact one of the first malls in the country to screen the highly anticipated film. However, the screening of the Star Wars: The Rise of Skywalker was shortly shelved to give way to the Metro Manila Film Fest 2019 entries.

“The force is very much alive at Commercenter Alabang cinemas. Even after its successful pilot screening last December, we know that a lot of Star Wars fans from the south still clamor for another chance to cherish and enjoy the Star Wars: The Rise of Skywalker movie experience with friends and families. We look forward to seeing you all on January 08,” shares Leslie Tagle-Dinglasan, AVP for marketing of Commercenter Alabang.

The Millennial Force
The Star Wars fandom transcends generations. Since its first film in 1977, the Star Wars franchise has been successful in being a relatable and relevant to different generations. Its huge and continuously growing global fandom attests to this.

Understanding how and why the saga ender is a historic movie event for Filipino Star Wars fans, Commercenter Alabang elevated its premiere of the Star Wars: The Rise of Skywalker by hosting a quiz night co-presented with Filipino quiz host Pop!Quiz. The night was a battle, not of lightsabers, but of wit and in-depth knowledge of the Star Wars franchise.

In the end, a group of young Star Wars fans emerged victorious. Rightfully representing their namesake, the Millennial Falcons were able to trample their opponents with intergalactic wisdom. The team went home with Star Wars Funko Pops and other merchandise worth PHP 1,000.00 and Commercenter Cinema passes.

The Force runs strong in the family
Watch the end of the Skywalker saga together with the entire family at Commercenter Alabang. With a story line that’s sure to take viewers on an emotional ride even the best fan theorists would need at least a week to process and Commercenter Alabang’s 3D viewing technology, crystal clear digital screen and Dolby Digital 7.1 surround sound system, everyone is sure to have an intergalactic movie experience.

Don Bosco Transforms Its Parish Into Temporary Homes For Frontliners