Festivals Around The World April 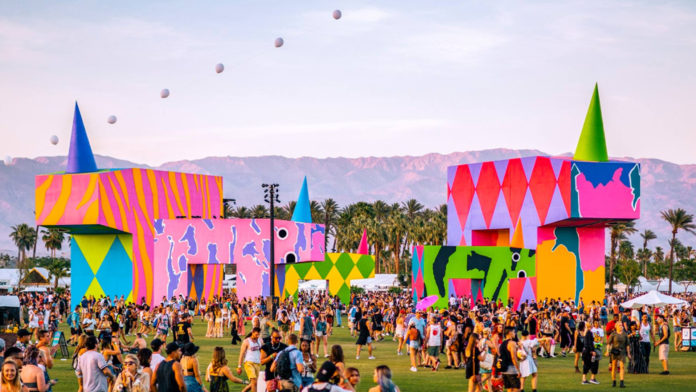 Who doesn’t know Coachella? If you’re not familiar with it, then you’re probably living outside the globe.

Many have adapted the theme of Coachella whether in birthday parties, concerts or in any other special occasions. In fact, because of its popularity and grandeur celebration, famous Hollywood stars and international singers from different countries would be seen partying along with the crowd. It is indeed the largest and most known music festival in the world. Yet, not everybody knows the story behind the festival.

Everything in its right place

The Coachella Valley Music and Arts Festival is an annual music and arts festival which can be traced back in the year 1993. It was that year where several bands learned that Ticketmaster was charging excessive processing fees to their fans for the concert and the venue. Among the bands, Pearl Jam was one of the most vocal bands that fought back by their effort to boycott any of the venues manipulated by Ticketmaster. Instead, they look for a venue that lead them to have found the Empire Polo Club grounds in 1993.

Did you know Pearl Jam is one the most requested bands in our station? …Music and new material from the Seattle legends coming up! 104.3…The Buzz!!

Although it was quite a remoted area, the Pearl Jam concert became successful to which Paul Tollet and Rick Van Santen, both music executives, have seen a big potential in them. Thus, Coachella was given birth. Today, it has now been celebrated annually in what they call the Coachella valley of Southern California. As soon as it started, the shortage in hotel rooms begun as more and more people came to witness the event.

See what everyone wore to Coachella: http://wmag.cm/cZNLJ23

At the inaugural 1999 Coachella festival, the electronic music was the hype. But then came 2015, where rock music and dance or house music genres dominated the festival. Coachella today has evolved so much, from the inaugural October festival moved to Spring time of April and from 2 days, it is now being celebrated in a consecutive three-day weekend in April.

Posted by The Martinez Brothers on Tuesday, April 11, 2017

It’s not actually a requirement to know any of the artists that is performing or any of the songs being performed for most of the people aren’t really familiar to the music they are dancing and partying along with. Of course, party wouldn’t be complete without drinking shots while pumping and jumping along with the great music.

And if you’re not a music lover but a party goer, you still do have a place in Coachella. In recent years, huge hotel pool parties sprung up around the Coachella festival sponsored by fashion companies and luxury brands. Even if you’re not on the festival itself, partying would still be applicable as they dubbed this as “No-Chella.”

Every year, the Coachella population grows as the Coachella-goers dominate the social media especially those huge celebrities who jams to the music festival. Yet aside from the party, the most anticipated thing that people awaits is the trendy look of the celebrities. From its theme, “boho”, “gypsy” and “hipster”, every attendee tries to mix-n’-match their clothes to create a stand out look for the festival.

Posted by For Selena's Addicted on Sunday, February 12, 2017

A world without music is boring and deafening. So, why not add a little melody in your ears and a touch of color in your eyes?